The purpose of the trade mission was to connect Nevada businesses with foreign opportunities and to strengthen the bilateral trade partnership between the State of Nevada and Mexico. The three day agenda included numerous meetings with government officials and Mexico businesses.

Kelly Sockwell, Technical Director for Phoenix Industries, commented “We were extremely pleased to be included in the delegation led by Governor Sandoval, it gave us the opportunity to meet with high ranking Mexican government officials and prominent business owners involved in our field of infrastructure development.”

One evening of the trip, the United States Ambassador to Mexico, Ambassador E. Anthony Wayne, hosted Governor Sandoval, members of the Nevada Delegation, and Mexico’s government and business leaders at a reception at his residence. 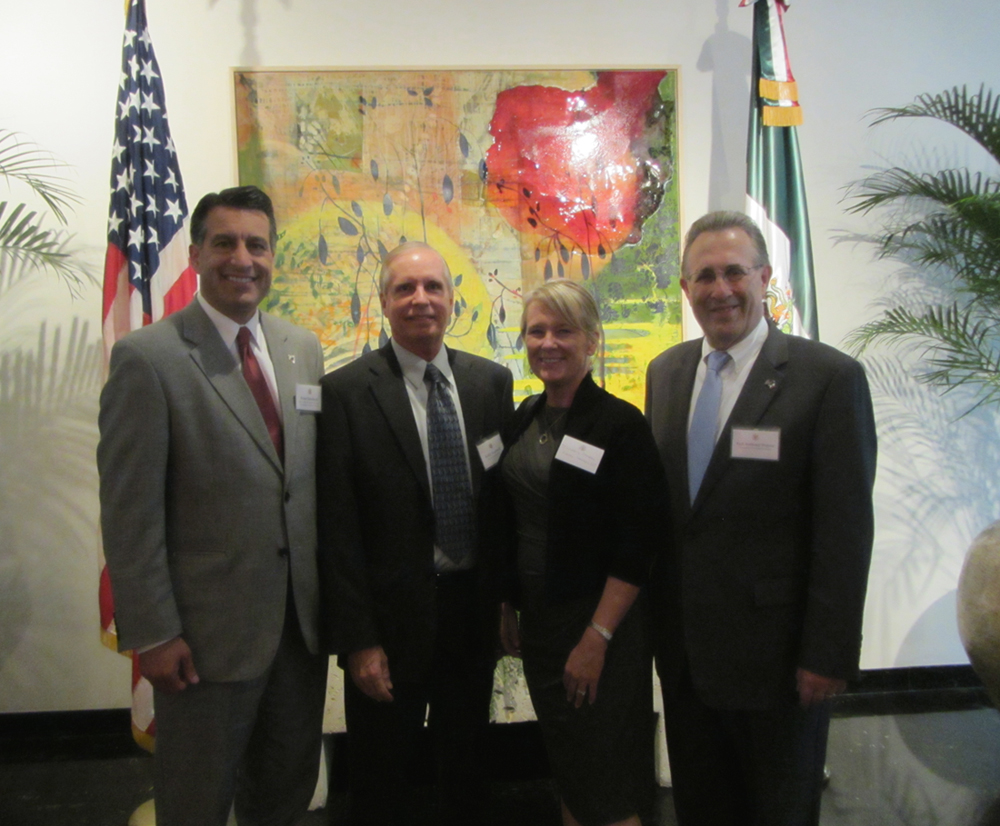 Mr. Sockwell went on to say, “we had several very fruitful meetings that I feel will lead to a greater involvement for us in Mexico.”

Phoenix Industries, with equipment in over a dozen countries around the world, is a recognized leader in the design and manufacturing of state-of-the-art, waste tyre recycling facilities, as well as technologies related to the rubberized asphalt paving process.